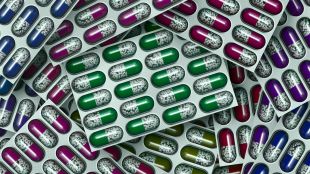 PIXABAY, GERALTIn a deal worth $7.2 billion, the biotech company Celgene is adding Receptos—which has been moving a multiple sclerosis and ulcerative colitis drug through Phase 3 trials—to its roster of investments. This year, Celgene partnered with Juno Therapeutics to the tune of $1 billion to develop cancer immunotherapies, and purchased a checkpoint inhibitor therapy for blood cancers from AstraZeneca for $450 million, according to Xconomy.

The transaction could pan out to be a “steal” for Celgene if Receptos’s drug succeeds, Eric Schmidt, a managing director at financial services firm Cowen & Co., told Reuters. Annual sales for the medication, called ozinamod, could peak at $4 billion to $6 billion.

Receptos also has another drug for eosinophilic esophagitis in the works. “Trading $7.2 billion for just two clinical assets is eye-catching, to say the least, but Celgene believes Receptos has a winner in ozanimod, a drug management...

Data on ozinamod are expected in 2017. According to the San Diego Union-Tribune, it’s not clear how many of Receptos’s 68 employees will be kept on the payroll, although a spokesman for Celgene said the firm is interested in retaining existing staff.

Celgene’s CEO Bob Hugin told FierceBiotech that his company is willing to make even more investments. “The science is really producing incredible opportunities. A lot of these things will be binary, incredibly expensive if they fail and if they succeed very, very cheap today.”