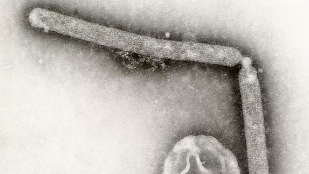 Yesterday (February 29) at a short-notice meeting held by the American Society of Microbiologists, the National Institute of Allergy and Infectious Diseases head Anthony Fauci announced that government agencies will ask the National Science Advisory Board for Biosecurity (NSABB) to reconsider publication of controversial H5N1 research.

These “two most famous unpublished manuscripts in modern science history,” as infectious disease researcher and NSABB panel member Michael Osterholm described them to MedScape, contain details of how to engineer the H5N1 virus to become more transmissible in ferrets, raising concerns of a bioterrorism threat. After the NSABB recommended that parts of the papers be redacted, furious debate has stirred among government officials, scientists, and even the World Health Organization (WHO) over whether the research should be published.

At the meeting, Fauci said that new versions of the manuscripts—including...

Members of the NSABB declined to speculate on how the panel will view the publications, but they’re keeping open minds, reported ScienceNOW. “The recommendations from NSABB can clearly be changed in the future,” acting chair Paul Keim of Northern Arizona University said at the meeting. “We can go back and reverse this if that is the best course of action.”