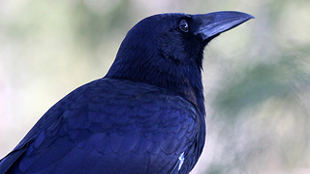 FLICKR, CUATROK77Antibiotic resistance is an increasing problem around the world, but the various ways that bacteria gain resistance genes are still not well understood. Now, researchers from Tufts University in Massachusetts, Binghamton University in New York, the University of California, Davis, and the University of Veterinary and Pharmaceutical Sciences Brno in the Czech Republic have found vancomycin-resistant Enterococci (VRE) in fecal samples from American crows (Corvus brachyrhynchos), which live in close proximity to humans in urban areas. Their work was published online this summer (August 6) in Environmental Microbiology.

“We’ve documented human-derived drug resistance where it shouldn’t be—in wildlife and the environment,” study coauthor Julie Ellis of Tufts University told Environmental Health News. “But we know very little about how this may impact public health.”

Finding VRE in crows is “an indicator of the wide-reaching scale of the problem,” Lance Price, who is a professor of environmental and occupational health at George Washington University and did not participate in the research, told Environmental Health News. “Microbes connect the planet,” he continued. “The danger is that we enter a post-antibiotic era in which even our last-line drugs won’t work and routine infections become life-threatening.”