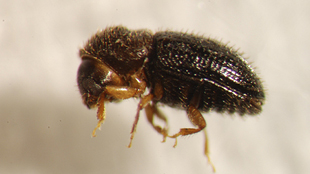 “Based on this study, we know that native wildlife can provide you with a pretty significant benefit,” study coauthor Daniel Karp, a conservation biologist at Stanford University, told Nature. “Incorporating their conservation into your management of pests is absolutely something you should do.”

The researchers came to their conclusions by covering coffee plants with netting to keep birds out and later comparing the netted crops to the unnetted ones. They found that making coffee plants accessible to birds almost halved beetle infestations.

In order to identify the protectors of the crops, the researchers analyzed bird feces for beetle DNA. They found that five birds species, including the yellow warbler, the buff-throated foliage gleaner, and...

The findings suggest that coffee farmers might do well to become lovers of trees and birds, the authors said. “Retaining forest and accounting for pest control demonstrates a win–win for biodiversity and coffee farmers,” they wrote in their paper.