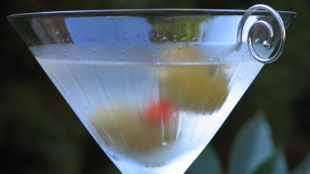 FLICKR, KEN30684The key to preventing relapse in recovering alcoholics may be to block memories associated with the pleasurable effects of drinking, according to a new study in rats. Neuroscientists at the University of California, San Francisco (UCSF), found that administering the drug rapamycin to block the mTORC1 pathway, which is associated with learning and memory, helped reduce alcoholic relapse in rats that had developed a preference for alcohol. The results were published Sunday (June 23) in Nature Neuroscience.

The mTORC1 pathway is versatile, spawning proteins that regulate a variety of physiological functions in several species, from autophagy and the growth and proliferation of stem cells to mitochondrial metabolism and memory recall. Rapamycin, a powerful antifungal, disrupts the mTORC1 pathway, and research has already shown the drug’s potential in treating drug addiction and post-traumatic stress disorder byu targeting the pathway. “It’s really excellent,” Charles O’Brien, director of the Center...

UCSF neuroscientist Dorit Ron, who led the team of researchers, told Nature that while the scientists weren’t sure which specific memory they may have disrupted in the rats, it was likely one that links the smell and taste to the pleasurable effects of consuming alcohol. Rats were exposed to a mixture of water and 20 percent alcohol for 7 weeks, in which time they developed a preference for alcohol. Then Ron and her team took the alcohol away for 10 days and gave each animal a tiny drop of the alcoholic mixture. Rats subsequently treated with rapamycin displayed a significant reduction in pressing a lever to receive more alcohol compared to untreated alcoholic rats.

Though rapamycin is approved as an immunosuppressant by the US Food and Drug Administration for use in organ transplants, Ron told Nature that she has no plans to test the drug in humans. O’Brien, however, said that he “would be eager to try this in my patients as soon as it can be determined that it’s safe.”