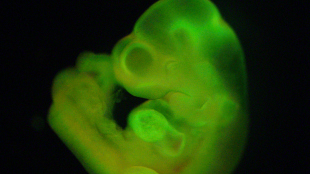 HARUKO OBOKATALast week, Chinese University of Hong Kong’s Kenneth Lee said he would blog his group’s attempts to replicate the controversial stimulus-triggered acquisition of pluripotency (STAP) technique described in two January Nature papers using a refined protocol that Charles Vacanti of Harvard Medical School and Brigham & Women’s Hospital had posted online. Vacanti, one of the authors on the original STAP publications, has vigorously defended the technique even though other labs have failed to replicate the results. “The data and conclusions are honest and valid,” he told reporters in early March.

Lee now claims he has succeeded at reproducing STAP using Vacanti’s protocol—well, sort of. In posts at ResearchGate, Lee presented confocal and qPCR analyses from the transgenic fibroblasts his team mechanically triturated and bathed in acid over a period of three days, per the latest instructions. Only one day into this procedure, Lee’s team noticed that lots of...

Today (April 1), Lee posted his team’s day three qPCR analysis, which showed that the trituration-only treated cells expressed higher levels of the pluripotency regulator Oct4 than did the trituration plus acid-bathed cells or the controls. “I am shocked and amazed by the qPCR results for the 3 day-old control and STAP cultures,” he wrote.

But other commenters at ResearchGate have questioned whether autofluorescence may be skewing Lee’s STAP results. And the irony of Lee posting such positive news today was not lost on Sergey Kiselev from the Russian Academy of Sciences’ Vavilov Institute of General Genetics, who—citing an earlier misconduct investigation surrounding STAP—wrote: “Great joke for April Fools! . . . Go on, Ken, please.”

Update (April 4): In a post at ResearchGate, Lee said he will no longer try to reproduce STAP—at least not in real time on his blog. “Personally, I don’t think STAP cells exist and it will be a waste of manpower and research funding to carry on with this experiment any further,” Lee wrote, adding that he’ll now return to his own scientific interests.

As The Scientist reported, among the concerns of skeptical commenters who were following Lee’s live-blogged STAP results were that autofluorescence may have affected the data. And in a comment to this post, reader Blumberg reiterated that Lee had only succeeded at STAP with trituration-only treated cells.

Correction (April 1): An earlier version of this post stated the cells were titrated when in fact they were triturated. The Scientist regrets the error.