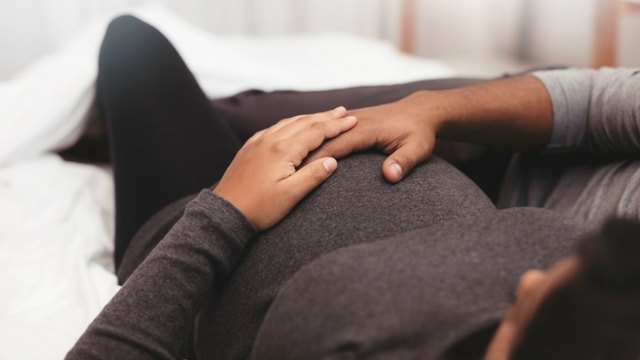 ISTOCK, JACOBLUNDIn a study of 31 expectant mothers, researchers were able to accurately peg their due dates roughly half the time by sequencing nine types of circulating RNA in the blood. The test was about as reliable as using ultrasound, currently the go-to method of establishing a due date. The method, described today (June 7) in Science, also enabled the researchers to predict, in most cases, which of the high-risk pregnancies would end prematurely.

“Obviously the numbers [of participants] are very small but the results are very impressive,” Andrew Shennan, an obstetrics professor at St. Thomas’ Hospital in London who was not involved in the study, tells The Guardian. He adds that such a blood test would be especially useful in developing countries where ultrasound is not readily available.

The study to predict women’s due dates included expectant mothers in Denmark who submitted a blood sample each...

To see if they could pick out preterm from full-term pregnancies, the researchers scanned all the free-floating RNAs in women’s blood and found 38 had levels that were distinctive for each group. Using combinations of particular transcripts, they were able to pick out six of eight pregnancies that ended early and misclassified one out of 26 that went full-term, among a subset of women who were known to be at high risk for prematurity.

In the case of the preterm prediction, “[it’s] mostly maternal genes” producing the relevant RNA, rather than the placenta-based transcripts from the due-date predictor, says Stanford University graduate student Mira Moufarrej, a lead author of the study, in a press release. “We think it’s mom sending a signal that she’s ready to pull the ripcord.”

CNN reports that a paper published in the Journal of Perinatology last month also describes a test to predict prematurity. The study involved 400 women and 25 biomarkers.

“Our test was able to predict 80.3% of women who went on to have any preterm birth, at 15 to 20 weeks gestation,” Laura Jelliffe-Pawlowski, an associate professor and director of Precision Health and Discovery at the University of California, San Francisco’s Preterm Birth Initiative and coauthor of the study, tells CNN. She predicts such a test would cost $50–100 if it makes it to the clinic.

Moufarrej and her colleagues note that their diagnostic is not ready for the clinic. There ought to be additional studies with more-diverse cohorts and the women involved already had a higher risk for premature birth. “[It] will be important to investigate the performance of the blood test in a broader, unselected population,” they write in their study.

See “Preterm Labor May Be Sparked By Fetal Immune Reaction”