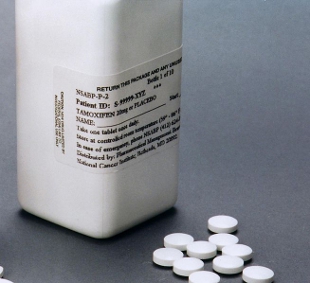 Tamoxifen pillsWIKIMEDIA, NCIFor decades, some bodybuilders who’ve taken steroids to help increase their muscle mass have illegally purchased the breast cancer drug tamoxifen to prevent breast enlargement. But according to new research from Liverpool John Moores University in the U.K., others may simply have bought the dietary supplement Esto Suppress, which was found to contain the drug in three out of four samples tested by the investigators, who published their results last week (February 13) as a letter in the British Medical Journal (BMJ).

“Since the 2000s, a growing number of off-the-shelf ‘food,’ ‘herbal,’ or ‘dietary’ ‘supplements’—aimed at gym goers and people wanting to lose weight or enhance their sex lives—have contained pharmacologically active substances,” the authors wrote. “Most users will be unaware that they are taking these substances.”

The amount of tamoxifen varied by sample, with one sample containing 3.8 mg per pill. The suggested...

“This research highlights the need for consumers to be aware when choosing their sports supplements,” a spokesman for the Medicines and Healthcare Products Regulatory Agency (MHRA) told HuffPost Lifestyle. “These products may claim to increase performance but can contain powerful ingredients which can have serious side-effects.”