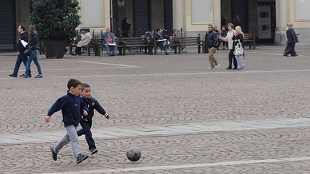 FLICKR, JEDIBFAAnalysis of data from women living centuries ago in Finland shows that the risk of death increased by about 7 percent for each son she bore, according to a study published yesterday (February 27) in Biology Letters. In contrast, the data show that women in these pre-industrial communities would live longer if they had girls, although that observation was not statistically significant.

Several theories have been put forth that could explain the effect, which the same group had reported in an earlier study. Girls may have been expected to relieve the load of housework on a mother, whereas multiple boys were more likely to add to it. Others hypothesize that boys took more energy to birth and breastfeed because they were usually born slightly larger than girls. However, none of these ideas have been proven. “The relative importance of biological versus cultural factors remains an open question,”...

Other researchers, however, remain unconvinced that there is difference in lifespan mothers of boys and mothers of girls at all. “We have never been able to replicate their results," Erik Lindqvist of the Research Institute of Industrial Economics in Stockholm, who studies lifespan and births in Sweden, told Nature.