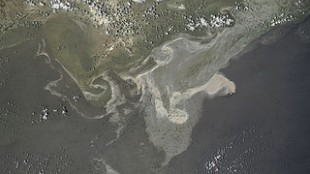 Researchers at the Woods Hole Oceanographic Institute (WHOI) who estimated the size of the oil spill in spring 2010 have been caught in the cross fire as U.S. courts try to decide exactly how much to fine BP for the resulting environmental damage, causing many to express concern over academic freedoms. The presiding judge magistrate granted BP's request to access the private information.

The two researchers involved, Christopher Reddy and Richard Camilli, published an op-ed yesterday in the Boston Globe, in which they explained their concerns.

“Incomplete thoughts and half-finished documents attached to e-mails can be taken out of context and impugned by people who have a motive for discrediting the findings,” they wrote.

Reddy and Camilli said they had already provided BP with over 50,000 pages of reports and data that was sufficient for BP to...

The give-and-take, dead-ends, and skepticism that is a part of the exchange between scientists, they wrote, are essential to push research forward. But they can easily be misinterpreted, Reddy and Camilli added, as was the case with the leaked emails from the Climate Research Unit in 2009, sparking the so-called Climategate controversy.

“This situation casts a chill over the scientific process,” Reddy and Camilli wrote in their op-ed. “In future crises, scientists may censor or avoid deliberations, and more importantly, be reluctant to volunteer valuable expertise and technology that emergency responders don't possess. Open, scientific deliberation is critical to science.”