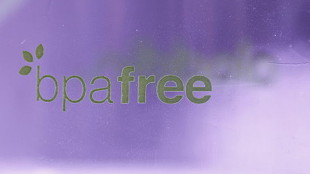 WIKIMEDIA, HTEINK.MINAn alternative to bisphenol A (BPA)—a known endocrine disruptor that is used to make certain plastics and epoxy resins—may also cause harm, according to a study on embryonic zebrafish published in PNAS this week (January 12). Researchers from the University of Calgary in Canada exposed the fish to low doses of BPA and its alternative, bisphenol S (BPS), finding that both compounds were associated with decreases in hypothalamic neurogenesis—of 180 percent and 240 percent, respectively.

The researchers noted that their study “is the first, to our knowledge, to show that bisphenol S, a replacement used in BPA-free products, equally affects neurodevelopment,” suggesting that “BPA-free products are not necessarily safe.”

But Steven Hentges, executive director of the American Chemistry Council’s Polycarbonate/BPA Global Group, is not convinced. “The relevance of this limited study on zebra fish to human health, as asserted by the authors, is not at all clear,” Hentges...

Meanwhile, Calgary’s Deborah Kurrasch, who led the study, expressed concerns regarding regulatory oversight of compounds like BPS. “A lot of the alternative chemicals have not been adequately tested because they don’t have to be,” Kurrasch told The Washington Post. “A compound is considered safe . . . until proven otherwise.”