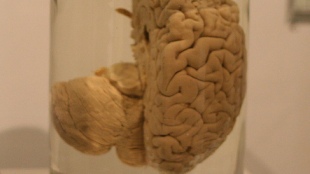 More than 50 brains of autism patients thawed out over 3 days at the Harvard-affiliated McLean Hospital, potentially setting back valuable autism research by years, the director of the Harvard Brain Tissue Resource Center Francine Benes told the Boston Globe. It was the “perfect storm” of failure on several fronts, she said—the external thermostat showed the wrong temperature, two separate alarms failed to sound, and the samples were unusually concentrated in one freezer.

The total collection of more than 150 autism patient brains took 2 decades to accumulate, and were instrumental in some 100 studies on the environmental and immune contributions of the disease. While more than half the damaged brains had sections preserved in formalin that were unaffected by the freezer malfunction, and some tissue from the defrosted brains will still yield DNA for genetics research, proteins produced by genes have been heavily...

Of all the brains damaged in the malfunction, more than a third were from autism patients. Others were taken from patients with other neurological and psychiatric diseases, including Parkinson’s and schizophrenia. Benes said the failure was so unlikely that she hasn’t ruled out foul play. An internal investigation is underway.

The advocacy and research organization Autism Speaks, who owns the collection, has also launched an investigation into the viability of the damaged brains for further research. Still, Benes says the degradation of so many brains was a great loss.

“This was a priceless collection,’’ she told the Globe. “You can’t express its value in dollar amounts.’’