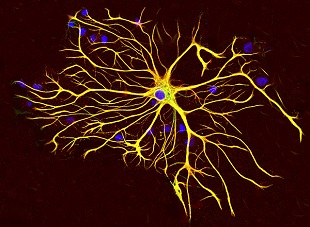 “The formation for memory underpins so many of the things that make us human—from recognizing the faces of those we love to learning a new language or enjoying our favorite song,” John Isaac, head of neuroscience and mental health at the Wellcome Trust, which helped to fund the research, said in a statement. “The three scientists honored today have made an enormous contribution to our understanding of this fascinating field, and it’s fantastic to see their years of hard work recognized...

Colloquially known as the Brain Prize, the €1 million award from the Grete Lundbeck European Brain Research Foundation in Denmark acknowledges the three scientists’ research on long-term potentiation (LTP), the phenomenon underlying the “fire together, wire together” principle of brain development and memory storage. As Bliss explained it to BBC News, “if nerve cell A is connected to nerve cell B, and A takes part in firing B then the synapse—the connection between A and B—will be strengthened.”

The researchers’ work has also contributed to the understanding of what happens when key components of LTP mechanisms become defective, with implications for the treatment of a range of conditions from schizophrenia to Alzheimer’s. Morris told The Guardian that one subject of future study would be how people forget. “There has to be some kind of selective process of what you keep and what you don’t keep,” he said. “I have become very interested in that.”

The shared prize will be presented at a July 1 ceremony in Copenhagen.