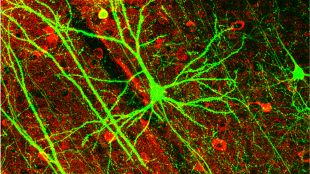 Scientists have found that aptly named extremely long-lived proteins (ELLPs) in the brains of rats can persist for more than one year—a result that suggests the proteins, also found in human brains, last an entire lifetime. Most proteins only last a day or two before being recycled. The researchers reported their findings last week in Science.

A team at the Salk Institute for Biological Studies made the discovery while studying ELLPs that are part of the nuclear pore complex (NPC), which is a transport channel that regulates the flow of molecules into or out of the nucleus in neurons. Because the persistent ELLPs are more likely to accumulate molecular damage, NPC function may eventually become compromised, allowing more toxins into the nucleus. This could result in alterations to DNA, subsequent changes in gene activity, and signs of cellular aging. "Most cells, but not neurons, combat...

In addition to aging, the results may provide key clues to the development of neurodegenerative disorders like Alzheimer's and Parkinson's diseases.