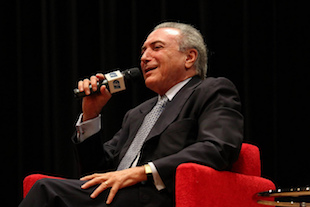 The move “is a step backwards,” Luiz Davidovich, president of the Brazilian Academy of Sciences (ABC), told Nature. “An administrative reorganization should stem from a vision for the country. It shouldn’t simply be an artificial lumping of disparate activities.”

Temer had planned to reduce the number of government ministries from 32 to 22, and consolidate others, including the science and communications ministries, Reuters reported.

On May 11, more than a dozen scientific organizations, led by the ABC and the Brazilian Society for the Advancement of Science (SBPC), sent a letter to Temer warning that fusing the ministries...

The country has seen devastating cuts to its science budget in recent years. The science ministry budget was slashed last year by 1.9 billion reais (about $540 million), down to 5.4 billion reais ($1.6 billion). This year’s budget was reduced by nearly 40 percent, Nature reported.