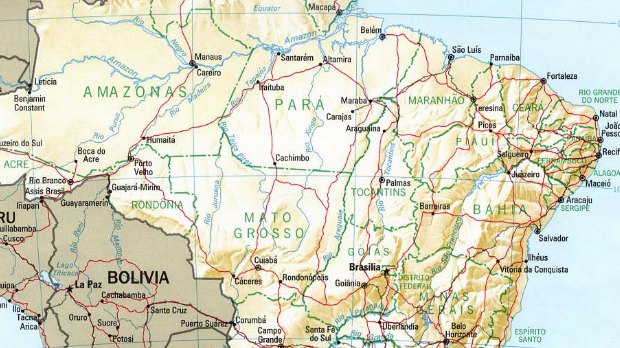 WIKIMEDIA, NASAIn the past year, clinicians in Brazil have reported around 4,700 babies with suspected microcephaly, and reviews of 400 of the infants have confirmed the birth defect (another 700 suspected instances of microcephaly have been ruled out). The numbers are alarming to many clinicians in the South American nation. Some have questioned whether the cause of this increase in microcephaly is due to Zika virus—a hypothesis favored by many doctors and public health officials—other infections, or simply a catch-up in reporting.

To get a grasp on just how much the prevalence of microcephaly has changed recently, Sandra da Silva Mattos of the Círculo do Coração de Pernambuco and colleagues combed through the medical records of more than 16,000 babies. The infants were born between 2012 and 2015 at one of 21 medical centers in the state of Paraíba, which has been hard hit by Zika.

“What we expected was that we would have something like three to four cases a year of microcephaly—that is what has been documented in the official sites,” Mattos told ABC. “But we then noticed that we had much, much higher numbers.”

When the researchers narrowed the definition to only the most extreme cases of microcephaly, the rates (0.04 percent to 1.9 percent) were more in line with those reported elsewhere in the world. But this still meant hundreds of babies had microcephaly. In contrast, the nationwide incidence of microcephaly reported in years before 2015 was below 200 annually.

“It is possible that a high incidence of milder forms microcephaly has been occurring well before the current outbreak, but that only those extreme cases, with classical phenotypes, were being notified,” the authors wrote in their report, published last week (February 4) in the Bulletin of the World Health Organization (WHO). “And as the number of extreme cases increased over these past three or four months so did the awareness of health professionals who started to notify milder forms.”

Mattos’s team did find an increase in the most severe forms of microcephaly in the last quarter of 2015. And physicians have noted a recent rise in Brazil in the number of extreme microcephaly cases as well.

“The brain is not just small, it’s small with malformations of the cerebral cortex and calcifications. It has the appearance of a very severe, destructive injury to the brain,” William Dobyns, a geneticist at Seattle Children’s Hospital who has reviewed several scans of the babies’ brains, told Reuters. “It has a pattern that suggests that the brain has actually decreased in size.”

Another study of roughly 1,000 babies born in eight states in Brazil from July to December 2007 found the prevalence of microcephaly to be 2.8 percent. “The first step for public strategies to confront this pathology is proper diagnosis,” wrote the authors, who published their work in WHO’s Bulletin this week (February 8).

A February 5 article in The Lancet also brought up the need to standardize diagnostic criteria for microcephaly. “Although there is evidence of an increased number of cases of microcephaly in Brazil, we show that the number of suspected cases relied on a screening test that had very low specificity and therefore overestimated the actual number of cases by including mostly normal children with small heads,” wrote researchers from the Federal University of Pelotas, Brazil, and their colleagues.