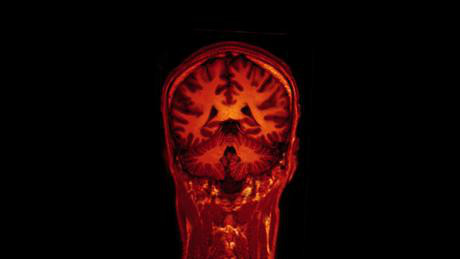 FLICKR, JON OLAV EIKENESThe key to breaching the last great biochemical barricade in the body—the blood-brain barrier, a tightly packed layer of cells critical for keeping pathogens and toxins out of the central nervous system—was sound. A team at Sunnybrook Health Sciences Centre in Toronto injected a chemotherapy drug along with tiny gas bubbles into the bloodstream of a patient, then trained ultrasound waves on her skull, causing the bubbles to expand and contract at a rate of about 200,000 times a second and punch temporary holes in the endothelial cell layer of the blood-brain barrier, Focused Ultrasound Foundation announced this week (November 9).

“Opening the barrier is really of huge importance. It is probably the major limitation for innovative drug development for neurosciences,” Bart De Strooper, codirector of the Leuven Institute for Neuroscience and Disease in Belgium, told New Scientist.

The ultrasound-based technique will now be tested in up to 10 additional patients already scheduled for surgery to remove parts of their brain tumors. Longer term, the researchers anticipate that the strategy could benefit more than just brain cancer patients. “Breaching this barrier opens up a new frontier in treating brain disorders,” Neal Kassell, chairman of the Focused Ultrasound Foundation, said in a press release. “We are encouraged by the momentum building for the use of focused ultrasound to non-invasively deliver therapies for a number of brain disorders,” including Parkinson’s, Alzheimer’s, and some psychiatric diseases.