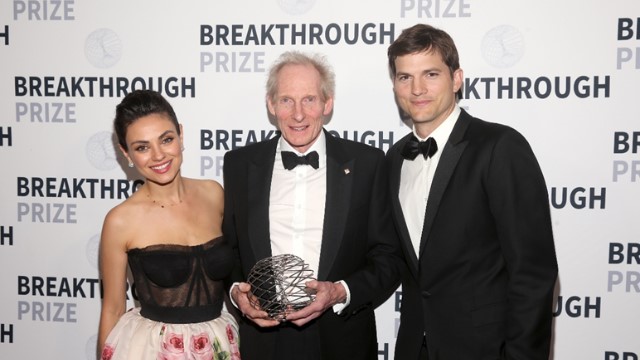 A total of $22 million was awarded to researchers in math, physics, and the life sciences at the sixth annual Breakthrough Prize ceremony on Sunday (December 3). The largest group of researchers being recognized was a multi-institution team of 27 physicists who helped map radiation emitted just after the big bang around than 13.8 billion years ago.

Winners of the five $3 million life sciences prizes included University of Oxford geneticist Kim Nasmyth, whose work on yeast revealed proteins involved in cell regulation; Don Cleveland of the University of California, San Diego, who helped develop gene-silencing technology; and Joanne Chory of the Salk Institute in San Diego, for her work on plants’ genetic responses to being shaded by their neighbors.

“I’m truly honored to receive this award, humbled to be in such distinguished company and tremendously gratified...

The Breakthrough Science prizes were established in 2013 by Silicon Valley billionaires Sergey Brin, Mark Zuckerberg, and others. Often referred to as the “Oscars of Science” for the glamour that accompanies the event, the award ceremony takes place at the NASA Ames Research Center and is attended by researchers and celebrities alike. This year’s presenters included Mila Kunis, Ashton Kutcher, and Miss USA Kára McCullough. Morgan Freeman hosted the event.

See “Prizes Bigger than the Nobel”

Like the Nobel Prizes—of which less than 6 percent have been awarded to women since 1901—the Breakthrough Prizes have typically been awarded to men. This year followed 2016’s pattern in seeing just one of the five life science awards go to a female researcher.