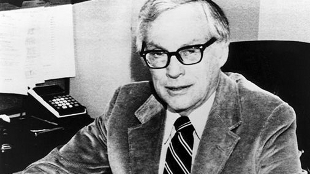 Jensen started out at the University of Chicago in 1947 studying steroid hormones, such as estrogen. He used radioactive tracers to identify the estrogen’s intracellular receptors that mediated the hormone’s cellular effects. He then looked for such estrogen receptors in breast cancer cells, and found that they were missing in some cancers. This information—for which Jensen and University of Chicago colleague Geoffrey Greene developed a test now in clinical use—became critical for determining the appropriate treatment of the disease: breast cancers that have estrogen receptors can be treated with estrogen receptor antagonists,...

In 2002, Jensen moved to the University of Cincinnati, where he continued to work until last year. He is survived by his second wife—who was diagnosed with breast cancer in 2005 and successfully treated with an estrogen synthesis inhibitor—as well as a sister and two children.