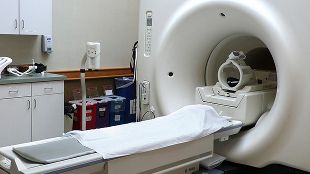 FLICKR, LIZ WESTThree New York University (NYU) researchers were charged yesterday (May 20) with accepting payments for sharing nonpublic scientific data with China. The researchers allegedly gave the data to both a Chinese magnetic resonance imaging technology company and a Chinese government-sponsored institute, according to The New York Times.

The defendants, who are all Chinese citizens, include one NYU associate professor of radiology, Yudong Zhu, and two research engineers, Ye Li and Xing Yang . Zhu received “millions of dollars over a five-year period” from the National Institutes of Health, according to a statement from the U.S. Attorney’s Office, and he recruited his two codefendants to assist him in engineering and testing new MRI technology.

An executive at the company, who also had ties to the Chinese government agency, allegedly gave Zhu’s assistants graduate school tuition and funds to travel to and from China. The executive also gave...

The trio is charged with commercial bribery conspiracy, and Zhu faces an additional charge of falsifying records. The researchers “colluded with representatives from a Chinese government entity and a direct competitor of the university for which they worked to illegally acquire N.I.H.-funded research for the benefit of those entities,” said US Attorney Preet Bharara, who announced the charges.

Zhu and Yang were arrested Sunday and released Monday on bond, but Li has apparently flown to China.