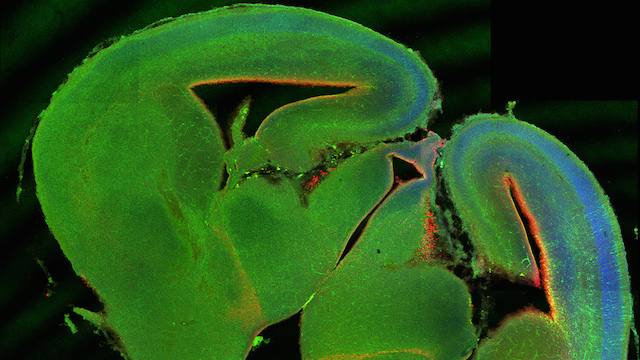 Researchers have discovered key steps in the development of the corpus callosum, a cable of neurons connecting the two hemispheres of the brain, according to a paper published this week (October 10) in Cell Reports. The finding helps pin down the cellular basis of callosal agenesis, a condition in which the corpus callosum does not form properly.

“Very little is known about the cause of callosal agenesis, and there hasn’t been a satisfactory explanation for how it occurs,” study coauthor Ilan Gobius of the University of Queensland in Australia said in a press release. “We believe we’ve finally discovered one of the major causes for this group of disorders.”

Early in development, the right and left halves of the brain are separated by a fissure filled with fibroblasts and other non-neural cells, which growing neurons must cross to form the corpus callosum. Gobius and...

Blocking a signaling pathway in developing astroglia of mice prevented cells from maturing into this bridge between hemispheres, the researchers reported. This information could eventually help researchers diagnose callosal agenesis.

“The field is desperate for a genetic test for this disorder,” study coauthor Linda Richards of the University of Queensland said in the press release. “This opens up the possibility for testing for genes like those that Dr. Gobius identified. Identifying the cellular process that causes this range of disorders is very important for looking to the future and finding new genes for possible therapeutic targets.”