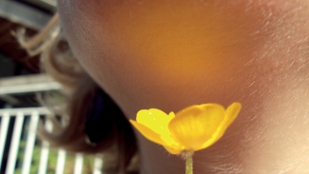 In a version of a childhood game, a buttercup is held up to a child’s chin, and if a yellow reflection appears, it means the child likes butter.  Now researchers in the United Kingdom have discovered cellular structures of the petal that account for the yellow glow—which, by the way, appears on the chin when the sun is out, irrespective of one’s personal preference for butter.

Many petals have a flat layer of cells that reflect light. But the glossy Ranunculus repens has not one but two layers of flat epidermal cells, which sit atop a layer that contains a gap of air. It is this combination of characteristics that produces its yellow glow, “similar to that of some bird feathers,” the authors wrote.

“The glossiness might also mimic the presence of nectar droplets on the petals, making them that much more attractive” to pollinators, author...