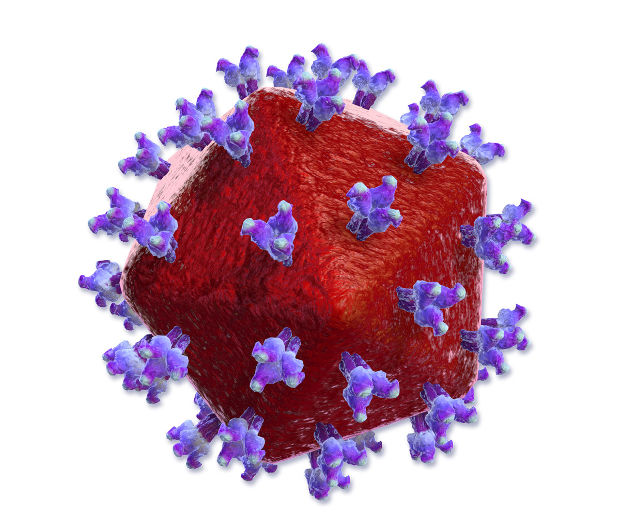 WIKIMEDIA, BRUCEBLAUSEOnly about 1 percent of HIV-infected people will generate the broadly neutralizing antibodies that target conserved spiked viral structures and can thus recognize multiple strains, and could one day serve as the basis for an effective vaccine. Now, thanks to work out of the University of Zurich and University Hospital Zurich (UZH) in Switzerland, researchers have a few clues as to who makes these broadly neutralizing antibodies and when. The team’s results were published this week (September 26) in Nature Medicine.

“Our results show how different factors boost the formation of antibodies that broadly combat different viral strains. This will pave the way for us to systematically push ahead with the development of an effective vaccine against HIV,” study coauthor Alexandra Trkola, a professor of medical virology at UZH, said in a press release.

Examining some 4,500 HIV+ participants of the Swiss HIV Cohort Study and...

Interestingly, these factors independently affect broadly neutralizing antibody production, study coauthor Huldrych Günthard, a professor of clinical infectious diseases at UZH, told Medical News Today. “So we don’t necessarily have to consider all three parameters in designing an HIV vaccine. This is especially important with regard to the length of vaccine administration—it wouldn’t be possible to imitate a longer untreated HIV infection with a vaccine.”

Günthard and colleagues also found host-specific factors—including ethnicity—that influenced the probability that a patient would produce broadly neutralizing antibodies: black patients with HIV produce the antibodies more frequently, even when controlling for other factors. Genetics, geographic location, and socioeconomics could all play a role, the authors noted.