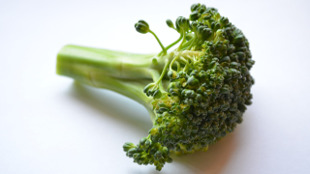 A preliminary study suggests that sulforaphane, a chemical found in cruciferous vegetables such as broccoli, cauliflower, and cabbage, has shown promise as a treatment for autism. In a trial of 40 teenagers and young men with moderate to severe autism spectrum disorders, two-thirds of the participants taking sulforaphane scored better on three measures of autistic behavior after four weeks of treatment, researchers reported yesterday (October 13) in PNAS.

Although the study revealed significant improvements in participants taking sulforaphane compared to a placebo group, the trial was too small to evaluate the broad viability of the treatment. “It's important to note that the improvements didn't affect everyone . . . and the study must be repeated in a larger group of adults and in children, something we're hoping to organize soon,” study coauthor Andrew Zimmerman, a pediatric neurologist at Harvard Medical School, told The Telegraph. “Ultimately we need...

A large body of anecdotal evidence shows that the behavior and communication abilities of autistic children improve during a fever. Sulforaphane upregulates heat-shock proteins and other defenses against cellular stress; these processes could act on the central nervous system to alleviate symptoms of autism.

While this connection is tentative, according to Rebecca Schmidt, a public health researcher at the University of California, Davis who was not involved in the study, the possibility that sulforaphane might even prevent autism is intriguing. “Our group has been interested in studying the link between maternal cruciferous vegetable intake and potentially reduced risk of autism in the child,” Schmidt told Reuters.

But the dose used in the study was probably too large to be achieved by eating vegetables, Zimmerman told Reuters. “As things stand, parents of a child with autism should not feel guilty if their child refuses to eat broccoli,” psychologist Rosa Hoekstra of The Open University in the U.K. told The Telegraph.