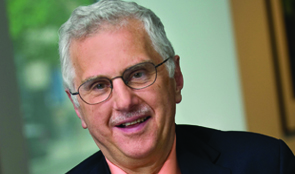 Science’s editor-in-chief, Bruce Alberts, will step down in March 2013, reported Nature. During his 5-year tenure, Alberts was involved in historic discussions regarding publication of controversial avian flu research, helped inaugurate the Bay Area Science Festival, and worked to foster world-wide scientific collaborations as a member of the US Science Envoy Program, among other efforts.

“Bruce has been a grand steward of Science magazine,” David Baltimore, Nobel Laureate and former president of the American Association for the Advancement of Science, told Nature. “He brought his style to the magazine, by caring so much about education and international science. I’m sorry to hear that he’s leaving, but he’s given so much to American science that I can’t complain that he hasn’t done his job.”

Prior to taking the reins at Science, Alberts, a professor emeritus of biochemistry and biophysics at University of...