A European corn borer caterpillarGOODFREEPHOTOS, KEITH WELLERIn 1996, scientists introduced a type of transgenic maize with built-in protection against pests, such as the European corn borer, using genes derived from the bacterium Bacillus thuringiensis that code for proteins toxic to some insects but harmless to humans. Since then, a host of studies have quantified the benefits—in pesticide use, yields, and insect resistance—of so-called Bt maize compared unmodified corn. In a study released this week (March 12) in PNAS, researchers analyze the impact of Bt maize on agriculture overall, finding that it is associated with drops in pest populations and pesticide use, even in nearby plants containing no Bt toxins.

“This is the first paper published showing offsite benefits to other host plants for a pest like the corn borer, which is a significant pest for many other crops like green beans and peppers,” study coauthor Galen Dively, an entomologist at the University of Maryland, says in a press release.

Dively and his colleagues compared data on sweet corn, peppers, and green beans grown in the Mid-Atlantic region of the U.S. in the 20 years before Bt maize was introduced to the 20 years that followed its debut. They found that average European corn borer damage to control plots of peppers declined 78 percent from the period between 1980-1995 and the period between 1996-2015, and that in New Jersey, insecticide use on sweet corn was 79 percent lower in 2016 than in 1992.

"This study ultimately shows the importance of evaluating [genetically engineered] crops beyond the field that is being planted,” Dively says in the statement. 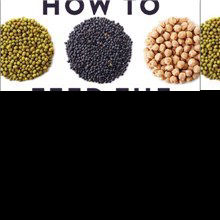