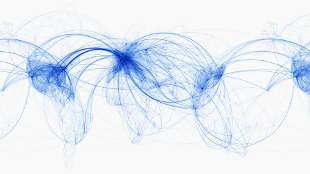 FLICKR, JOHN O'SULLIVANA national research network, aimed at making use of the volumes of clinical data obtained from routine doctors’ visits, is in the works. The Patient-Centered Outcomes Research Institute (PCORI) is teaming up with the National Institutes of Health (NIH), the Agency for Healthcare Research and Quality (AHRQ), and the Food and Drug Administration (FDA) to create networks of clinical data and patients to drive clinical research. Specifically, the plan includes the widespread sharing of clinical data and the involvement of motivated patients in research.

“If each patient were an active and informed participant in clinical research as part of their regular health care, a visit to a doctor’s office would have the potential to transform the health of millions of individuals,” NIH Director Francis Collins and coauthors wrote in a Science Translational Medicine article published today (April 23).

One flaw in the current clinical research system is how patients are recruited, Collins and colleagues argued. Every time a clinical trial is launched, its organizers start from scratch to recruit patients, and many never reach their originally stated enrollment goals. Furthermore, as researchers recognize the heterogeneity between patients of diseases such as breast cancer or diabetes, there is increasing pressure to delineate the patient populations that respond to certain treatments and develop protocols for disease sub-types, or even personalized treatments. “Realizing a future of personalized medicine will require large studies and longitudinal follow-up,” they wrote. “If our nation is to continue to support such a research agenda in a time of serious fiscal restraint, we need a new strategy.”

The new network will be supported by two major PCORI funding awards, for a total of $68 million over 18 months. One of the funding arms will support the development of clinical data research networks (CDRNs), each of which will collect information from a million or more electronic health records. The second program will fund the creation of disease-specific patient powered research networks (PPRNs), in which motivated patients can take an active role in clinical research. The PPRNs will serve as “test-beds for development of best practices in patient governance, data collection, and use of aggregate data,” Collins and his colleagues wrote. They also noted that a $4 million coordinating center will be created to oversee the efforts.

“With the unsustainable combination of unprecedented fiscal restraints and a continued escalation of traditional clinical research costs, researchers have both an opportunity and a responsibility to be even more creative and efficient in how we conduct biomedical science,” Collins and colleagues wrote. “The Network is an opportunity to align the right vision with the right people to get more research productivity from every dollar.”

(For other initiatives along these lines, see The Scientist’s recent infographic, “Networking Medicine.”)