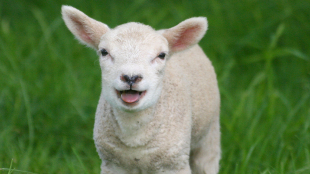 Peng Peng, a cloned Chinese Merino sheep, is proof that a Caenorhabditis elegans gene involved in the production of polyunsaturated fatty acids, which are more healthful than their saturated cousins, can be successfully implanted in the genome of the sheep, Chinese researchers announced yesterday (April 24th).

The lamb was born on March 26th in China's Xinjiang region and is "growing very well and is very healthy like a normal sheep," lead scientist Du Yutao at the Beijing Genomics Institute (BGI) in Shenzhen in southern China told Reuters.