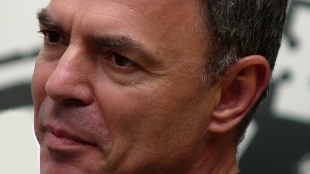 Sergei Ignatov, the Bulgarian science minister who was fired earlier this weekWIKIMEDIA, RADOSLAV MILEVThe prime minister of Bulgaria has fired that country’s science and education minister, Sergei Ignatov, amid allegations of corruption and nepotism with regard to hiring and grant funding practices. Prime Minister Boiko Borisov announced the decision on Monday (January 28), saying, “If a minister cannot control his work and allows violations, it means that he is not [suitable] for this job,” according to GlobalPost.

The firing comes on the heels of a government inquiry that confirmed mounting reports of ministerial mismanagement, including the hiring of unqualified people to the ministry and corruption in the granting process, over the past few months. Hundreds of Bulgarian researchers signed a petition and sent it to Borisov demanding Ignatov’s ouster because they claimed that the Bulgarian National Science fund—which was headed by Hristo Petrov, who resigned on Monday...

ScienceInsider reported that pressure from European Union officials may have persuaded Borisov to clean house at the science ministry. “I’m very pleased to hear that there has been progress in addressing the current allegations of corruption in Bulgarian science,” European Commission Chief Scientific Adviser Anne Glover told the publication. “I look forward to talking with scientists in Bulgaria to ensure that, as we go forward, the funding of science in Bulgaria is subject to the same rigorous peer review as we would expect anywhere else in Europe.”