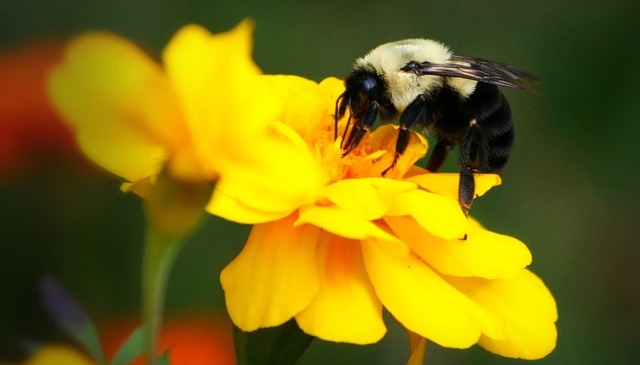 PIXABAY When bumblebees land on a surface, they leave behind a smelly substance that other bees can detect, according to a study published yesterday (March 7) in Scientific Reports.

This substance, which is made of hydrocarbons, usually helps the bees cling to the surface of flowers. “Bumblebees secrete a substance whenever they touch their feet to a surface, much like us leaving fingerprints on whatever we touch,” Richard Pearce, a study co-author and biologist at the University of Bristol, said in a statement. Pearce and colleagues conducted a series of experiments in which bees were exposed to flowers with either their own secretions, those of conspecifics (sister bees or bees from a different nest), or no secretions at all. The bees, they found, could distinguish between their own marks and those of both nest mates and distantly related species.

“This is the first time it has been shown...