Research assistants at California universities will have the same rights to collective bargaining as do teaching assistants there if a bill recently passed by the state Senate is signed into law by Governor Jerry Brown. The move would allow some 16,000 graduate students who serve as research assistants at schools in the University of California system and other state universities to organize into labor unions. California graduate students who work as teaching assistants while they earn their degrees have had collective bargaining rights since 1999.

The California State Senate passed the Democrat-backed bill, SB259, by a vote of 46-27 on Thursday (August 23). According to the Associated Press, Senate Republicans opposed the bill, arguing that allowing more grad students to unionize would further drive up the cost of attending universities in the state. Governor Brown, a Democrat, has until the end of September to act on the bill. 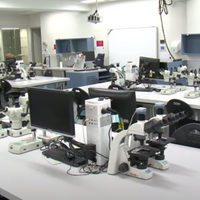