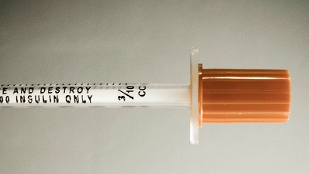 A call to ban the diabetes drug Victoza has highlighted the potential dangers of a certain class of diabetes medication, reported Nature. Earlier this month (April 19), based on data from its adverse-event database, consumer advocacy group Public Citizen asked the US Food and Drug Administration to ban Victoza. The data, it says, suggest that drugs designed to mimic glucagons-like peptide 1 (GLP-1) may increase pancreatic and thyroid cancer risk—a finding corroborated by studies in rodents.

GLP-1 mimics stimulate the pancreas to produce more insulin, resulting in lowered blood sugar. In some patients, the drugs cause inflammation in the pancreas, which may promote cancer development. Indeed, research in rats and mice by Peter Butler, an endocrinologist at the University of California, Los Angeles, suggests that GLP-1 mimics may promote proliferation of precancerous cells in the pancreas. Public Citizen’s accounting revealed that 28 incidences of pancreatic...

However, others caution against using animal studies and the FDA’s database to make a case for or against a drug’s detrimental effects on people. Pancreatic cancer, though deadly, is extremely rare. Only about 1 in 10,000 people will develop pancreatic cancer, meaning that any study hoping to measure increases in incidence or risk in patients taking any given drug would need to follow nearly a million patients, Daniel Drucker, an endocrinologist at the University of Toronto in Canada and consultant for Novo Nordisk and other diabetes drug manufacturers, told Nature. The FDA’s database also does not include information on the patients’ risks of pancreatic cancer before starting Victoza therapy, or healthy controls as a comparison for disease incidence.

“It’s highly irresponsible to say on the basis of a mouse or rat study that a drug is safe or unsafe,” Drucker told Nature. “I wouldn’t use poor-quality case reports [from the FDA's adverse event database] to make assumptions either.”