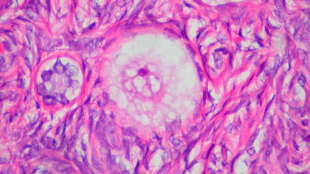 Human eggWIKIMEDIA, ED UTHMANGene-editing technologies should not be used to edit human eggs, sperm, or embryos, Edward Lanphier, chairman of the Alliance for Regenerative Medicine in Washington, DC, and four other researchers argued in a Nature commentary published this week (March 12). Lanphier told MIT Technology Review that the statements he and his coauthors make in their comment reflects the views of his entire organization, which includes some 200 members and represents companies working on gene and cell therapy, including GE Healthcare and Johnson & Johnson.

“In our view, genome editing in human embryos using current technologies could have unpredictable effects on future generations,” Lanphier and his coauthors wrote. “This makes it dangerous and ethically unacceptable.” Moreover, they added, such techniques could potentially be used for nontherapeutic modifications, as implied by the headline of a recent MIT Technology Review article, “Engineering the Perfect Baby,” which noted...

Fearing that such work could elicit “a public outcry” that would impede research involving the genetic editing of somatic cells, such as the work of Lanphier and his coauthors, the researchers called for the scientific to community to halt all work involving the editing of human reproductive cells. “Philosophically or ethically justifiable applications for this technology—should any ever exist—are moot until it becomes possible to demonstrate safe outcomes and obtain reproducible data over multiple generations,” they wrote. “Should a truly compelling case ever arise for the therapeutic benefit of germ­line modification, we encourage an open discussion around the appropriate course of action,” they added, pointing to recent discussions of mitochondrial DNA replacement therapy in the U.K. as a model.

George Daley, a stem cell researcher at Boston Children’s Hospital and Harvard Medical School, agreed with the researchers’ assessment of the current state of the field. “It’s far too premature and we know far too little about the safety to make any attempts [at modifying germ cells or embryos],” he told ScienceInsider. “There needs to be broad public debate and discussion about what, if any, are the permissible uses of the technology.”

“Germline genome alterations are permanent and heritable, so very, very careful consideration needs to be taken in advance of such applications,” geneticist Dana Carroll of the University of Utah in Salt Lake City told Nature.