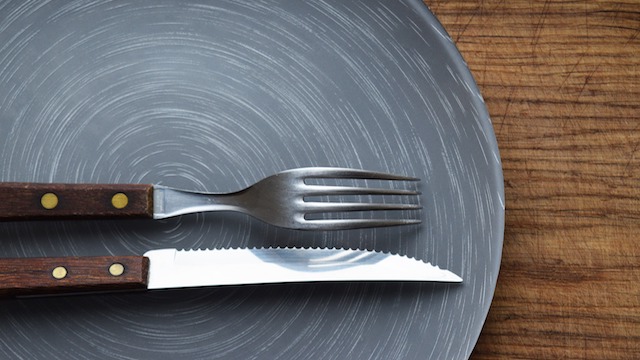 Studies in various animals, including rodents and monkeys, have reported that caloric restriction can extend their lifespans. Findings from a two-year, randomized, controlled trial with human participants, published last week (March 22) in Cell Metabolism, suggest that cutting down on calories may also be able to prolong the lives of people.

To investigate the effects of reducing food intake, Leanne Redman, an endocrinologist at the Pennington Biomedical Research Center at Louisiana State University, and her colleagues enrolled 53 healthy men and women between the ages of 21 and 50 and split them into two groups—one group reduced their caloric intake by 15 percent over two years, and the other remained on a regular diet.

The team found that the people who ate a restricted diet lost an average of around 9 kilograms and experienced a 10-percent drop in their resting metabolic rates. When the researchers examined...

This study was part of a larger, multi-center investigation of caloric restriction in humans, the Comprehensive Assessment of Long-Term Effects of Reducing Intake of Energy (CALERIE) trial. Luigi Fontana, an internist who ran a CALERIE investigation at Washington University in St. Louis, says that a slower metabolism and reduced oxidative stress will not necessarily lead to a longer life. “You can have a low resting metabolic rate because you’re dying of starvation,” he tells Wired. “Does that make it a biomarker of longevity? No. You can be calorie restricted by eating half a hamburger and a few fries each day but will you live longer? No, you will die of malnutrition.”