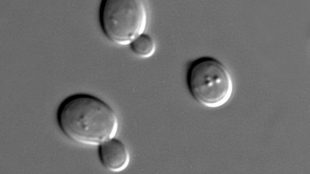 WIKIMEDIA, MASURIn 2014, researchers published puzzling results that went against a heap of data on the effects of calorie restriction on lifespan: when put on a diet, the yeast lived no longer than yeast given the normal amount of food. As ScienceNews reported back then, no one could quite explain the results. Perhaps yeast “drown” in the microfluidics chamber in which they were grown, or they become stunted, or it’s some other growth condition affecting their longevity, scientists speculated.

This week, an independent group of researchers offered up yet another possibility: the cells just weren’t there to be counted. The team tested calorie restriction on its own microfluidics device and found that yeast did indeed live longer as nutrients were reduced.

“One possible explanation for this discrepancy is the very low retention rate of the cells in [the first] device,” Lidong Qin of Houston Methodist Research Institute and his...

Even though the yeast cells in the earlier story weren’t retained by the microfluidics platform, they were included in the lifespan analysis, according to Qin’s team. So he and his colleagues went back through the raw data of the original report. When they tossed out data on cells that were washed away—and therefore not tracked through their lifetime—the analysis showed that in most of the calorie-restricted conditions, the yeast lived longer. “This finding suggests that a high cell retention rate is critical for the accuracy and reliability of the microfluidic platform for studying aging,” they wrote.

Matthias Heinemann at the University of Groningen who led the 2014 study said Qin’s device is a nice step up from previous iterations of microfluidic platforms. However, he disagreed with the team’s explanation for the differences between their findings. For one, Heinemann said, his group’s statistical analysis arrived at the same lifespan for yeast grown in 2 percent glucose (normal conditions). If retention was an issue, Heinemann reasoned, shouldn’t it affect the numbers in all conditions?

Secondly,  the experimental setups could have resulted in different yeast densities, and therefore different concentrations of intercellular signaling molecules among the yeast, Heinemann told The Scientist. He pointed to a recent PLOS Biology study that found the effects of calorie restriction are transmitted among neighboring yeast. “My guess is in this new PNAS paper, because of their eventual higher cell retention, the fact that they start to see the caloric restriction [effects] in their set-up is there is more cell-to-cell communication.”

He added that it will be interesting to find out precisely why these different environmental conditions appear to affect yeast’s response to calorie restriction.

Update (July 15): This article has been updated to include comments from Heinemann.