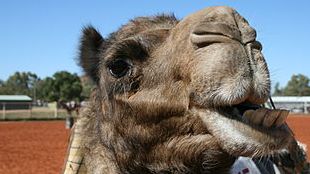 Camels’ highly adaptable nature and resistance to disease has always made them essential to desert-dwelling cultures, and with a little help from genetic engineering they may one day provide us with cheaper drugs. A team of researchers at Dubai’s Camel Reproduction Centre have created transgenic camel embryos to which they introduced non-human genes "similar to those of humans," according to United Arab Emirates newspaper, The National. They haven’t yet been able to introduce human genes into the embryos, but the head of the Centre’s reproductive biology lab, Nisar Wani, told The National that he and his team have taken an important first step. If human genes that code for proteins such as insulin could be added, the camels could produce milk laden with pharmaceuticals to fight diabetes, obesity and emphysema.

"Patients with genetic disorders need these proteins, which are very costly today because companies are...

Wani’s group is currently working on increasing the ratio of implanted embryos that survive to delivery, and introducing new genes from other species to improve milk production. Increased lactation could bring the cost of milk-borne drugs down, but Wani cautions that mass-production is still at least five years off.

The Centre’s success with camels, including sequencing its genome and producing the first cloned camel in 2009, prompted Wani to predict that this new innovation could one day make camels ideal candidates for growing human organs for transplant.

"Soon we will have organs that will be like universal tools for anybody who has a kidney failure or heart problems," he said. "He can get the organ from the animal."