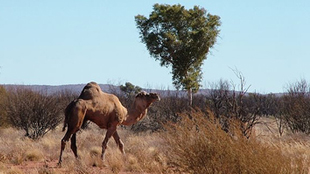 FLICKR, SALLYSEASHELLSIn Saudi Arabia, two new cases of Middle East Respiratory Syndrome (MERS) were confirmed this month, according to the World Health Organization (WHO). These cases bring the global total of MERS infections to 153, including 64 deaths. The source of MERS is still unknown, though some evidence points to bats as the original source of the virus and camels as the intermediate between bats and humans. Antibodies to MERS have been previously found in camels, but until now, no camels had been found carrying the virus.

This week, a pet camel belonging to one of the new MERS cases in Saudi Arabia has tested positive for the coronavirus. According to BBC News, the Saudi government said in a statement that it is working to assess whether the viral strain from the camel matches the strain found in the human patient. If they “prove to be identical, this...

Scientists believe that finding and confirming the animal reservoir of MERS is important to eradicating it. “If we know that, there’s a possibility we can stop it, like H7N9 and SARS—you close the animal markets, the risk goes away,” microbiologist and physician Allison McGeer of Mount Sinai Hospital in Toronto told The Scientist earlier this year. “If we knew what the risk was, then we might be able to stop it . . . and we wouldn’t have to worry about the virus evolving as it grows in humans, and we wouldn’t have to worry about ongoing hospital transmissions in the Arabian peninsula and henceforth, to other countries.”