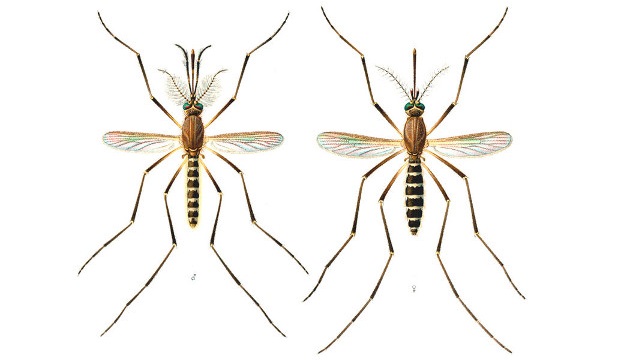 WIKIMEDIAAt the International Congress of Entomology’s annual meeting held in Orlando, Florida, this week, separate labs presented unpublished data suggesting that Culex mosquitoes can harbor the Zika virus, Science News reported. Scientists at the Oswaldo Cruz Foundation in Recife, Brazil, and at Brock University in Ontario, Canada, shared their independent identification of Zika in the guts and saliva of Culex species.

As Science News noted, “Even if the mosquitoes prove competent at passing along Zika, there remain questions of whether their tastes, behavior, and ecology will lead them to actually do so.”

Whether these insects are Zika virus vectors remains a matter of debate. Last month, researchers at Kansas State University published evidence to suggest that Culex species commonly found in parts of the U.S. are somewhat resistant to the virus. “The evidence has demonstrated that neither C. pipiens nor C. quinquefasciatus, which are widely distributed and referred to...

Separately, scientists at the University of Texas Medical Branch (UTMB) last month shared unpublished data suggesting Culex mosquitoes from the U.S. do not transmit Zika virus. And earlier this month (September 2), the UTMB team reported in The Journal of Infectious Diseases that C. quinquefasciatus mosquitoes from Mexico did not harbor Zika. “Geographic populations of a mosquito species can vary in their ability to transmit viruses like Zika, so we cannot be sure that Culex mosquitoes in other regions of the world are equally refractory to Zika virus infection,” a university press release stated.

In an Emerging Infectious Diseases editorial published online last week (September 20), UTMB researchers wrote that “continued studies (experimental and epidemiologic) assessing interactions between differing mosquito–Zika virus combinations [are needed] in the United States because of geographic variations that may exist in oral susceptibility of mosquitoes of the same or different species.”

For now, however, experts agree that Aedes mosquitoes—A. aegypti and A. albopictus—are the main Zika virus vectors.