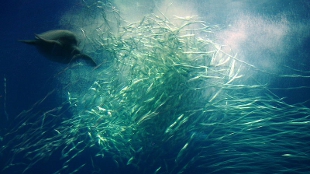 A new report published online last week criticized two major fisheries certification programs, the Marine Stewardship Council (MSC) and the Friend of the Sea (FOS), for certifying stocks of fish that may not be sustainable.

Fisheries biologist Rainer Froese of the Helmholtz Centre for Ocean Research in Germany and Alexander Proelss of the University of Trier came to their conclusion after examining 71 MSC-certified stocks and 76 FOS-certified stocks of mackerel, swordfish, tuna, and other species. In total, 31 percent of the supposedly sustainable MSC stocks and 19 percent of FOS stocks are not worthy of the label.

“We’re putting [the certification programs] under a lot of pressure and we hope that will work,” Froese told Nature. “I want to improve them, not to kill them.”

FOS responded by saying that the discrepancy was mostly due to the fact that their organization relied on 5-year old...

This is not the first time someone has raised concerns about the legitimacy of the sustainable labels on seafood. Two years ago, conservation scientist Jennifer Jacquet of the University of British Columbia and colleagues published an opinion in Nature arguing that the MSC was failing to protect the environment and [needed] radical reform.

The analysis by Froese and Proelss “represents not only growing concern among scientists about the effectiveness of seafood eco-labeling in general and the MSC label specifically, but an increasing willingness for scientists to take on rigorous research in response to that skepticism—research that the MSC should probably be doing itself,” Jacquet told Nature. “The results were pretty depressing, even for someone who was already dubious of the MSC.”

As a result of the study, both groups removed or suspended certification for three stocks.