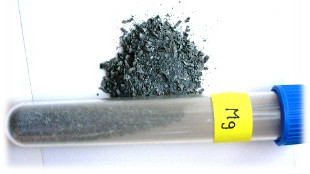 Wikimedia, Ondrej ManglThe biopharmaceutical company Magceutics, based in California, has enrolled 50 people with anxiety disorders in a clinical trial to test whether a magnesium supplement, Magtein, can improve thinking, memory, and sleep quality, while also lowering anxiety. The trial, which began this month, follows multiple studies that found magnesium increases brain functioning and memory in mice and rats. But many scientists say the new trial is not big enough to be useful.

Despite the promising preliminary evidence, the clinical trail is “far too small to provide any statistical power for analysis,” biochemist Stephen Ferguson of the University of Western Ontario told Nature.

The lead researcher on the Magceutics trial, neuroscientist Guosong Liu of the Massachusetts Institute of Technology in Cambridge, acknowledged that they’ll have to carry out larger trials in the future, but hopes that this first trial will spark interest in magnesium as a promising supplement....

Liu was among the researchers who originally found that magnesium could boost memory in rats in 1999. Though subsequent studies supported the claims, neuroscientist Harald Murck of the Psychiatric Clinic of the Philipps University of Marburg, Germany, explained to Nature that the pharmaceutical industry has been reluctant to purse the un-patentable—therefore unprofitable—treatment.

But, Liu and his colleagues hope that a compound such as Magtein will deliver magnesium directly to the brain, making the supplement more effective and more widely applicable—and, possibly, profitable. Indeed, if the trial results are positive, Liu plans to test whether Magtein can also treat additional conditions, including Alzheimer’s disease and attention deficit hyperactivity disorder (ADHD).

“We have medications that treat ADHD and some aspects of cognitive function, but there are some parts of brain function that we don't have evidence-based interventions for,” psychiatry researcher Craig Surman of Harvard Medical School and a collaborator on the Magceutics’ project told Nature. “If it works with low risk, it opens up a whole new mode of supporting people with cognitive challenges.”