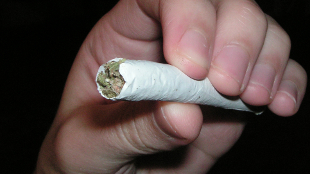 WIKIMEDIA, PSYCHONAUGHTIt is possible for cannabis alone to cause death, according to German researchers who performed post-mortem examinations of 15 people. Two of those deaths could not have been caused by anything but cannabis intoxication, the researchers suggest in a study published in Forensic Science International this month (February 14). Benno Hartung of University Hospital Düsseldorf and colleagues examined 15 people whose deaths were linked to cannabis, performing a battery of tests, including autopsy, toxicological and histological testing, and immunohistochemical analyses, in an attempt to isolate the effects of the drug and rule out other factors, such as liver disease and alcohol use. “It’s a diagnosis of exclusion so you have to rule out all other possibilities,” Hartung told New Scientist.

Recent studies have suggested that marijuana use is not as harmful as once believed, and advocates of medical use of the drug commonly cite the statistic that there has not been one recorded incident of someone overdosing on pot. But Hartung and his team claim that two of the deaths they studied, caused by cardiac arrhythmia, were triggered by cannabis use, though a mechanism whereby marijuana can cause such drastic changes in the heartbeat remains elusive. “These deaths are rare and will remain rare,” David Raynes at the UK National Drug Prevention Alliance told New Scientist. “The real risks are from long-term effects on the young brain.”

Still, Hartung recommended that other researchers investigate deaths involving marijuana. “Even though it may be rare, I hope others investigate death by cannabis intoxication in other cities,” he said, “particularly in light of the increased use of cannabis for pain relief,” he told New Scientist.