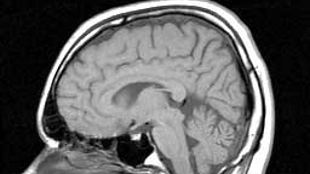 On March 11, Staff Sergeant Robert Bales allegedly went on a door-to-door killing spree in the Panjwayi district of Afghanistan. By the end of it, according to reports, 5 civilians were injured and 16 were dead. Nine of the deceased were children. Though investigators are still sifting through the details of Bales's case, there have been indications that his defense team may introduce evidence that uses post traumatic stress disorder (PTSD) or traumatic brain injury (TBI) to help explain the soldier's alleged actions.

But current research is not definitive on whether those two disorders, which are increasingly diagnosed in today's fighting troops, could contribute to what seemed to be a pre-meditated massacre, such as the one of which Bales is accused.

“When someone has a brain injury, behavioral issues are often emergent after some period,” Kevin Kit Parker, Harvard University biomedical engineering, told Nature.

Bales's lawyer, John Henry Browne, told NBC's TODAY last week that the soldier suffered a "concussive head injury" and was cleared of PTSD after "minimal" testing during an earlier deployment in Iraq, and that he and the rest of Bales's defense team would likely focus on PTSD when the case goes to trial. Also, Browne told Sky News HD that Bales has "some memories of before the incident and he has some memories of after the incident. In between, very little."