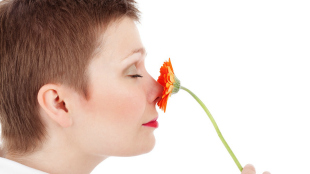 PIXABAY, PUBLICDOMAINPICTURESIn 2014, Rockefeller University’s Leslie Vosshall and colleagues reported the results of an olfaction study in humans, concluding that people are able to discriminate at least one trillion different odors. That number smashed the old approximation by many orders of magnitude, and far surpassed the estimates for how many colors and tones humans can distinguish. Now, citing potential flaws in that analysis, an independent team is challenging the published figure.

“The first main concern is that the estimated number of discriminable stimuli depends steeply, systematically, and non-asymptotically on choices of arbitrary experimental parameters, among them the number of subjects enrolled, the number of discrimination tests performed, and the threshold for statistical significance,” Arizona State University’s Richard Gerkin and Bates College’s Jason Castro wrote in their study, published in eLife this week (July 7).

Gerkin and Castro picked through the Vosshall team’s methodology, finding that different statistical or...

“We also point out that the conclusion in the 2014 paper relies heavily on untested assumptions about smell perception. And the equation used actually shows that the number of distinguishable smells is fewer than 1 trillion, not more, making the original claim inaccurate, and in fact the exact opposite of what the calculation actually shows,” Castro said in a press release.

In November 2014, Markus Meister of Caltech also published a detailed critique of the study’s methods on arXiv. “The authors were misled by failures in a mathematical method they designed,” Meister wrote. “As a result, these claims have no basis.”

Vosshall and two of her coauthors posted an extensive response on bioRxiv July 6. “. . . The goal of our model was not to identify the exact number of discriminable olfactory stimuli, or even the exact mathematical bounds, but an estimate of the order of magnitude of human discriminatory power across a population of human subjects,” they stated. “This was not clearly stated in our paper, and we agree that contradictory references to a ‘lower limit’ and an ‘upper bound’ were confusing.”

Vosshall and her coauthors disagreed with the mathematical arguments put forth in Meister’s critique, and defended the parameters they chose to categorize whether an odor was detectable. “[We] considered stimuli discriminable when 50% of subjects correctly identified a mixture type. One can certainly quibble with our statistical assumptions, or the threshold we chose, but the mere fact that changing them will lead to different outcomes does not invalidate our conclusions,” they wrote in their response.

Gerkin said in the press release that a basic understanding of human odor perception could help investigators get to the bottom of what we are truly capable of smelling. To make a “color wheel” for scents, he said, “we must first discover the organization of olfactory perception. Only then can a principled calculation be used to determine how many unique smells there really are.”