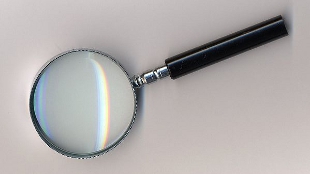 WIKIMEDIA,TOMOMARUSANAfter years of complaints that policies enacted by the administration of Canada’s conservative Prime Minister, Stephen Harper, are preventing government scientists from talking freely to members of the media or publishing their work, the country’s information minister has announced that her office will investigate the claims. In a March 27 letter, Suzanne Legault wrote that she would investigate the alleged problems to determine whether “government policies and policy instruments, including departmental policies, protocols, guidelines and directives, that are related to communications and media relations and that restrict or prohibit government scientists from speaking with or sharing research with the media and the Canadian public, are impeding the right of access to information.”

Officials at several Canadian government science agencies have enforced policies that make it difficult for researchers to participate in media interviews. For example, interviews are often conducted in the presence of media relations officers, and only pre-approved...

“Science is about openness, transparency, full disclosure, argumentation, discussion, disagreement,” Jeffrey Hutchings, a professor of biology at Dalhousie University in Halifax, told ScienceInsider. “That’s how you tease out the bits that make sense and the bits that don’t make sense. As soon as you try to cloister and control the communication of science, you’re controlling science, which means you're controlling the acquisition of knowledge.”

According to ScienceInsider, Legault has not indicated a timeline for the investigation nor has she said what type of report or recommendations will result from the inquiry.