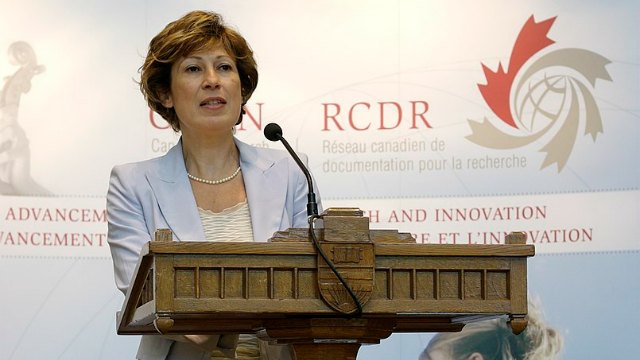 The science advisor, who will report to both Trudeau and Minister of Science Kirsty Duncan, is charged with advising government ministers on scientific matters, making government-funded science accessible to the public, and “protecting government scientists from being muzzled,” Science reports.

“I intend to conduct my work in an objective, impartial and open manner to provide the best possible advice,” Nemer tells The Globe and Mail. “I understand the credibility of the position and the benefit that it can provide to Canadians depends on how independent I am going to be.”

Nemer is a recipient of the Order of Canada, a national honor, and has won numerous awards for her research, which focuses...

“Mona’s fantastic, she has a very good reputation among Canadian researchers and has had a long and productive career,” Jim Woodgett, director of research at the Lunenfeld-Tanenbaum Research Institute in Toronto, who knows Nemer well, tells Science. “In my interactions with her she has always listened, asked questions and then came to her own decisions, she’s not the kind of person who makes rash decisions,” he says.

Trudeau’s predecessor, Prime Minister Stephen Harper, eliminated the role in 2008. Trudeau fulfills a 2015 campaign promise in bringing it back. The reestablishment of the role is intended to respond to the demands of scientists who felt that the Harper administration ignored scientific evidence in policymaking and kept scientists from speaking out, according to Nature News.

Woodgett urges scientists not to expect Nemer to increase government funding for scientific research, something a Duncan-commissioned report from earlier this year recommended. “A lot of Canadian scientists have an unrealistic idea of the role. She’s not there to advocate for research funding, but to provide advice,” he tells Science.

Katie Gibbs, executive director of Evidence For Democracy, a group that advocates for evidence-based decision-making in government, is more optimistic. Gibbs notes that in a speech upon her appointment, Nemer spoke of wanting to make Canadian science the best in the world.

“I don’t see how we can do that without more funding,” Gibbs tells the National Observer. “So I think it was actually a really positive indication that her office is going to be taking on some of the issues around funding for research.”