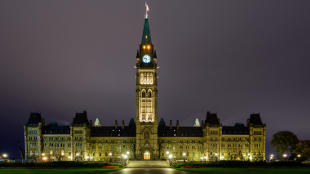 WIKIMEDIA, SERGEY PESTEREVAs science advocacy organizations in the U.S. speak out against the Trump administration’s recently released federal budget proposal, which suggests slashing funding at federal science agencies, including the National Institutes of Health and the Environmental Protection Agency, researchers across the northern border find themselves in a similarly uncomfortable—if less drastic—situation. While the Canadian budget plan, released by Prime Minister Justin Trudeau’s government this week (March 22), promises to devote more than C$1 billion to establish “Innovation Canada,” an initiative promoting partnerships between industry and academia, the budgets of three critical science councils—tasked with funding basic research on natural, health, and social sciences—remain flat.

“The tri-councils get something every year for cost of inflation. I can’t remember when they got nothing,” James Woodgett, director of research at the Lunenfeld-Tanenbaum Research Institute in Toronto, told Nature. “It sends the wrong message, especially with what’s going on in...

The draft Canadian budget fails to deliver on the basic-science boosting proposal that Trudeau released last year. It does, however, set aside C$2 million for the country’s newly established Chief Science Advisor post.