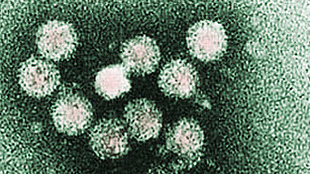 Microbiologist and immunologist Michael Houghton of the University of Alberta was told last week (March 20) that he would receive the Canada Gairdner International Award, often called the “baby Nobel,” The Canadian Press reported. But he refused to accept the award, which comes with $100,000, because he said that Qui-Lim Choo and George Kuo, who worked with him to identify the virus at the biotechnology firm Chiron Corporation in the 1980s, also deserved the prize.

“The three of us worked closely together for almost 7 years to discover this very elusive and challenging virus using a novel approach in the field of infectious disease,” he said in an email to The Canadian Press. “Together, we then went on to develop blood tests that protected the global blood supply, to identify new drug targets that led to the development of new potent therapeutics, and to...

John Dirks, president and scientific director of the Gairdner, told The Canadian Press that he thought his organization made the right decision in apportioning the prizes. “Obviously we're disappointed because we would have liked to have honored him,” he said.

Two American scientists, Daniel Bradley and Harvey Alter, also were announced as winners for their work on hepatitis C. Three other Gairdner awards were given to researchers for work in other areas.

Tensions can run high in the scientific community, especially when it comes to credit for discoveries. A surgeon in Los Angeles has gone as far as to sue the Nobel Assembly for failing to award him a prize in Physiology or Medicine for his work in regenerative medicine.