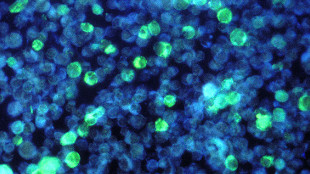 WIKIMEDIA, CENTERS FOR DISEASE CONTROL AND PREVENTIONNumerous studies have come out in recent years linking certain viruses to cancer, highlighting the immune system’s role in staving off—and at times, succumbing to—potential malignancies. But according to a paper appearing this month in the Journal of Virology, researchers may have overestimated the percentage of viruses associated with cancer.

Using samples from The Cancer Genome Atlas, Xiaoping Su and his colleagues at the University of Texas MD Anderson Cancer Center sequenced RNA from 3,775 malignant tumors and used a bioinformatics approach to locate viral transcripts. The researchers also mined the data for viral integration sites within the host genome.

“The search for virus associations in these malignancies has consumed the efforts of many investigators,” Su said in a statement. Now, he suggested, scientists might consider focusing their efforts elsewhere.

At any rate, he noted that bioinformatics is an important tool for identifying potential convections between viruses and cancers. “This study highlights the importance of bioinformatics in defining the landscape of virus integration across cancer subtypes,” said Su.