A usually benign strain of the gut microbe E. coli produces toxins in mice with inflammatory bowel disease, which can lead to DNA-damage and cancer in the host tissue. The results were reported last week in Science (August 16).

“They're not exactly your flagship disease-causing bacteria,” lead researcher Christian Jobin, from the University of North Carolina at Chapel Hill, told Nature.

Individuals with inflammatory bowel disease are at higher risk of developing colorectal cancer than the general population. But researchers thought that the main culprit was the over-active immune cells, which released DNA-damaging molecules. The new work suggests that gut microbes may also contribute to the process, as inflammation appears to change the microbial composition of the gut to favor toxin-producing E. coli strains.

Experts think that the research could lead to methods of reducing the risk of cancer by altering the microbial community, though that strategy has to... 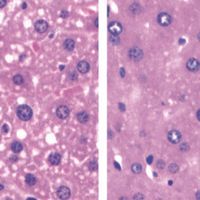