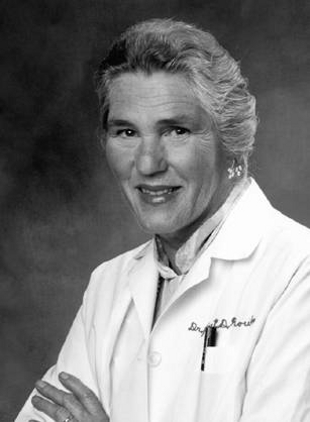 Janet RowleyNATIONAL LIBRARY OF MEDICINECancer researcher Janet Rowley, who spent most of her career at the University of Chicago, where she earned her MD in 1948 at the age of 23, died on Tuesday (December 17) in her home in the Hyde Park neighborhood just south of the city. Widely decorated for her contributions in oncology and genetics, Rowley continued to work until just a few months ago, even riding her bike to campus, The Washington Post reported.

The cause of Rowley’s death was ovarian cancer complications, according to a university statement. She was 88.

“Janet Rowley’s work established that cancer is a genetic disease,” Mary-Claire King, professor of medical genetics at the University of Washington and president of the American Society of Human Genetics, told UChicago News. “She demonstrated that mutations in critical genes lead to specific forms of leukemia and lymphoma, and that one can...

Rowley was 15 when she earned a scholarship to an accelerated educational program at the University of Chicago. When she entered the university’s med school, she was one of just three women in a class of 65. By all accounts of those who knew her, she was a true science rock star.

Rowley used state-of-the-art staining techniques to photograph chromosomes she isolated from tissue samples of leukemia patients. She would sit at her family’s dining-room table and carefully cut out the chromosomes form the printed photographs, then pair them up, UChicago reported. Before long, these arts-and-crafts karyotypes revealed a secret of cancer: chunks of DNA were jumping between chromosomes.

Although the field initially had trouble accepting her ideas, by 1990, more than 70 translocations had been identified and linked to cancers, according to the National Library of Medicine.

“People thought that [her breakthrough] was an outlandish idea, and it really was the foundation of the molecular genetic basis of leukemia and other cancers,” University of Chicago’s Wendy Stock told the Chicago Sun-Times.

In 1998, she shared the prestigious Lasker Award for discoveries in translocation, and the same year, she received the National Medal of Science, an honor bestowed by the President of the United States for contributions to diverse scientific fields. In 2009, Rowley received the Presidential Medal of Freedom, the nation’s highest civilian honor.

Through it all, Rowley maintained her humility, reportedly calling her selection for the Presidential Medal as “quite remarkable.”

“I’ve never regretted being in science and being in research,” Rowley said at the time. “The exhilaration that one gets in making new discoveries is beyond description.”

Rowley is survived by three of her four sons and five grandchildren. Her husband of 64 years, Donald Rowley, a University of Chicago pathology professor who she met in medical school, died earlier this year.